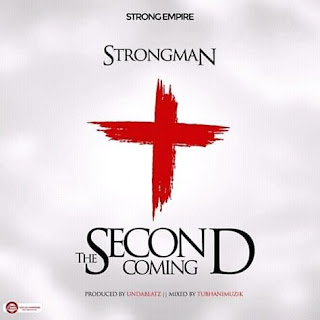 The award winning Ghanaian rapper Strongman is out with a new hip-hop tune dubbed ‘Second Coming’; His first single after announcing his exit from SarkCess Music.
Just as he announced his signing to the label with the song Hardcore two (2) years ago, Second Coming comes off assuring his fans that He is still the rapper they have come to love with great delivery, punchline and wittiness in his works.
Strongman also shows gratitude to Sarkodie and the SarkCess Music team for the support given him during his tenure with them.
For music lovers who have admired the talent of Strongman all these years, the rapper still flaunts His lyrical dexterity and fluency in the Twi language and mixes it up with the English language.

Previous RB.Rizzy Blinks – Mountain (Mixed By Danny Beatz)
Next Expect a big party with Kpoo Keke party if I win VGMA Artist Of The Year – Stonebwoy

Abakade – Poposhepopo (Prod. By TaskMan Beatz) Another Brand New Song Is Out By …