Medikal has reacted to GroundUpChale’s front-liner and BET nominee Kwesi Arthur’s “Rapper of the Year don’t be silly” section of his freestyle dubbed ‘Thoughts from King Arthur 4’.

In the freestyle, the ‘Grind Day’ hitmaker noted that he is the best rapper and that he makes back-to-back hit songs very easy.

In the course of his heavy rap lines, Kwesi Arthur threw a punch which many have likened it to be a direct reply to Medikal for claiming he saved Ghana rap music from dying; “Rapper of the year don’t be silly”, he said.

Taking to Twitter, the AMG rapper retweeted the video on his wall with flames emoji attached to the video — that’s to mean the song is lit.

Should we say Medikal isn’t offended at Kwesi Arthur’s dig or he’s just playing along? 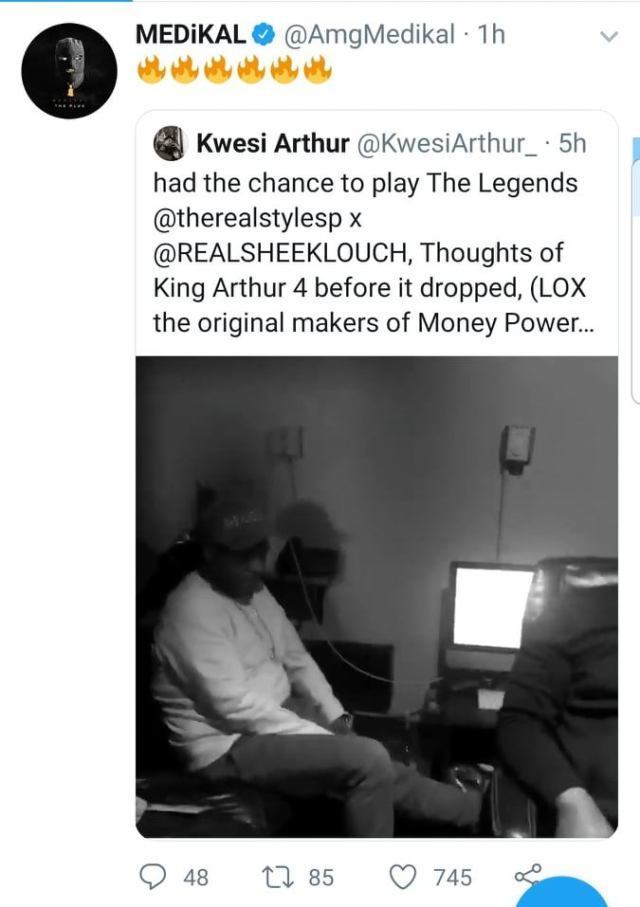